While the injury lists look long, it’s important to understand that if a player is even partially limited in their practice participation for one day during the week, they will remain on the final injury report and be officially listed as questionable for the game, even if they are a full-go. It’s a bit of a grey-area when it comes to how active and/or banged-up a player may be, but it shows the importance of having actual eyes on a team during the practice week.

How healthy is Willie Jefferson?  Be sure to hit up YouTube.com/BonfireSports on Friday before (or even during) the game as Chris Walby joins yours truly get into all the details on GameDay Winnipeg. There’s a lot to get to ahead of Week 2, and we’ll also hear from a variety of coaches and players from the Argonauts and Blue Bombers. 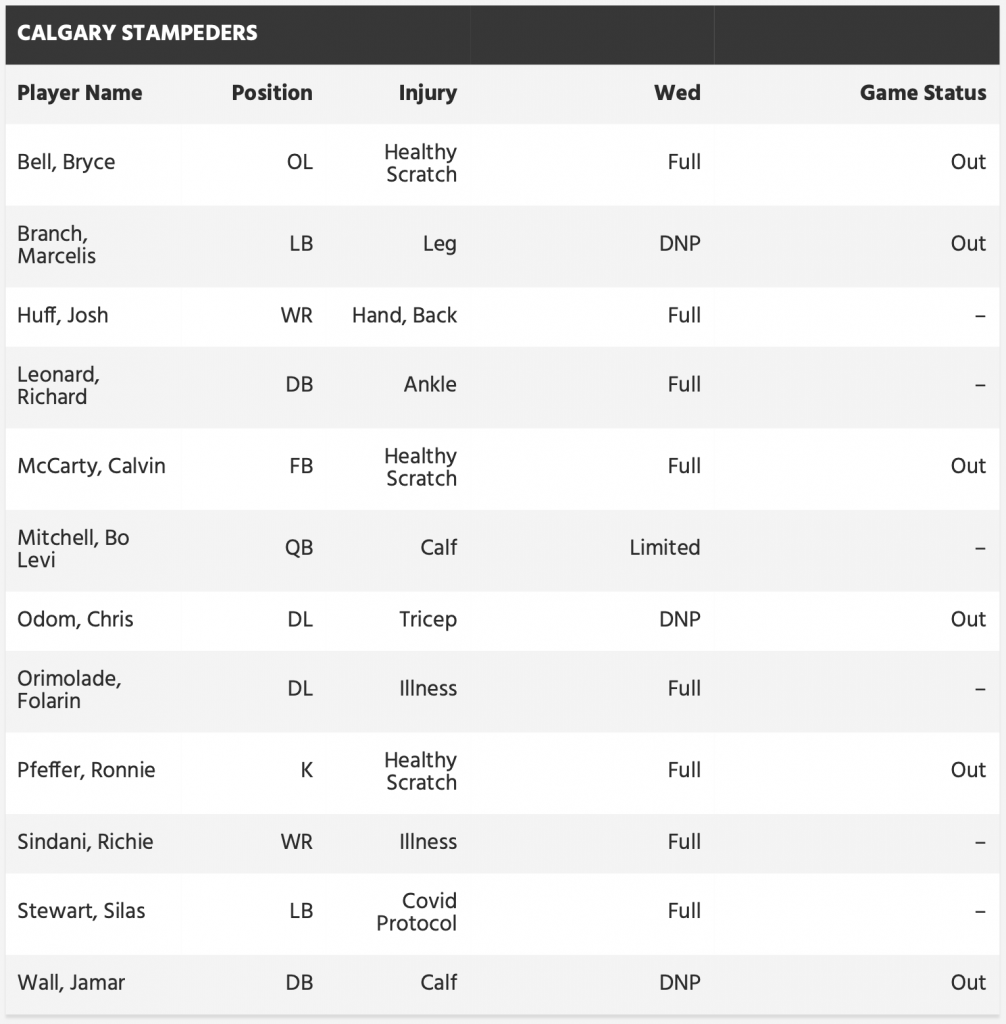 Battle to Stay Undefeated Goes Down in Winnipeg 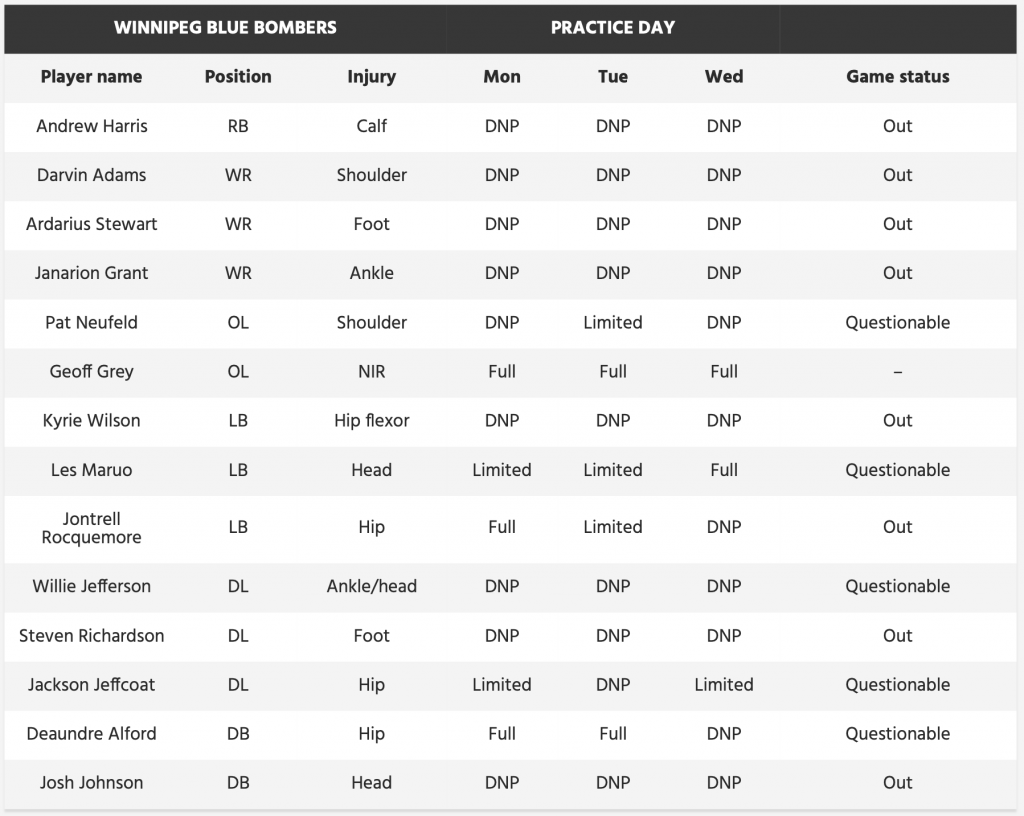 Game sheets for the Saturday doubleheader — Montreal at Edmonton, and Hamilton at Saskatchewan — will be posted when they are officially released on Friday.