It comes as a little bit of a surprise based on his limited participation in practice the past while, but Andrew Harris (calf) will finally make his 2021 debut on Sunday against the Calgary Stampeders.

Harris was injured on the second day of training camp, July 11, and has battled through a rocky injury recovery since. It will be seven weeks to the day when Harris hits the field Sunday even following what Mike O’Shea initially described as just needing a bit of a break from practicing. However involved Harris is vs the Stamps, just having him in the lineup provides a serious, even if just strategic, shot in the arm for a flat-as-of-late Blue Bombers offence.

Buried by the Harris news is the hamstring injury suffered by Winnipeg’s kicker Tyler Crapigna. Finding Crapigna on the 6-Game injured List leaves Winnipeg to fare with Canadian rookie Marc Liegghio to handle field goals in addition to the punting duties he has taken on in his freshman season. Liegghio was the only kicker through most of training camp — a vote of confidence from the Blue Bombers that he was “the guy” in 2021 — but after some rougher days booting the ball out on the pitch, Winnipeg signed Crapigna after the veteran was cut early from Alouettes training camp.

Alden Darby was another mid-camp addition to Winnipeg’s roster, and while the fourth-year pro has toiled on the practice roster while getting acclimated to his new club and a different defensive system, the ball-hawking defensive back will play his first game in Blue & Gold on Sunday. Darby has been a long-awaited addition to the rookie-laden 2021 Blue Bombers secondary, acquired in an immediate move following the season-ending Achilles’ injury to dimeback Mercy Maston.

Darby will start and play the dime, allowing Mike Jones to move back to his more natural position at field side corner. Darby is a stout, physical player, but is definitely more known for his sticky hands as he finished 2019 with five interceptions for the Toronto Argonauts.

How will Winnipeg fare against the Jake Maier-led Stampeders on Sunday? Calgary has gone an impressive and surprising 10-5 without Bo Levi Mitchell in their lineup.

Be sure to hit up YouTube.com/BonfireSports on Sunday (or even during the game) as Chris Walby joins yours truly for the pregame show, and get into all the details on GameDay Winnipeg.

The Stamps and Bombers are the two most successfully stable CFL franchises over the past several years, so the rivalry is real. Chris and I will offer our keys and areas to watch. Richie Hall speaks bluntly about the Bombers’ poor defensive performance last week, while Calgary defensive back Raheem Morris fires a dart at Winnipeg’s prickly offensive line. You don’t want to miss it. 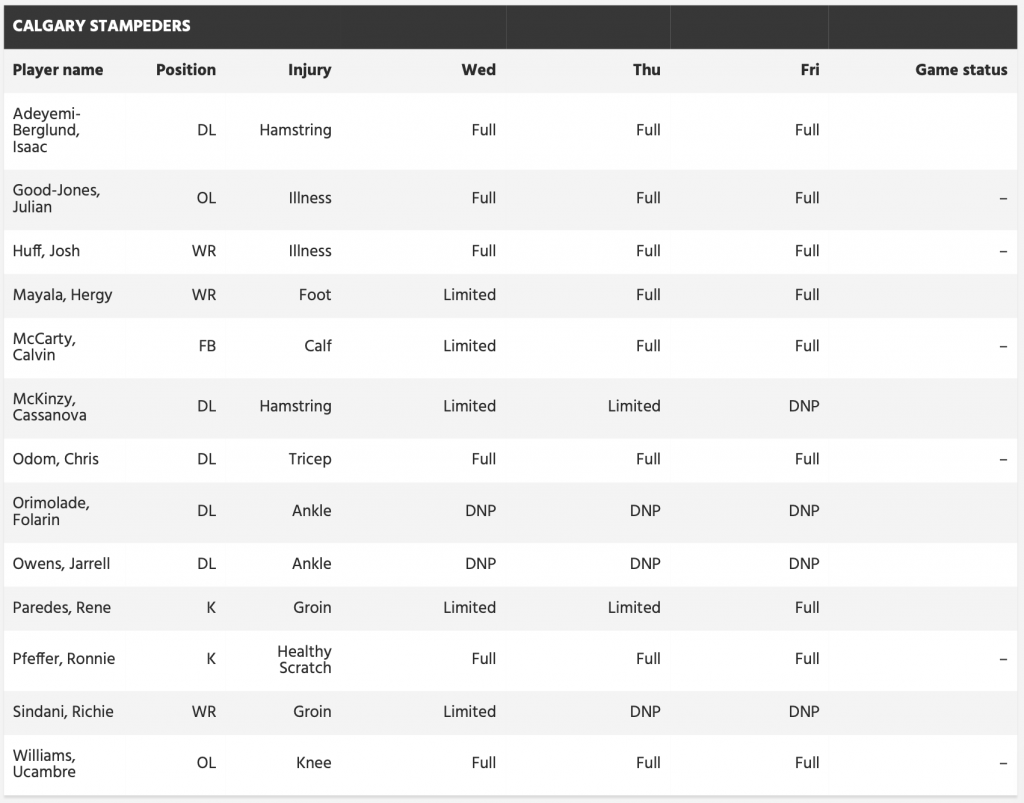